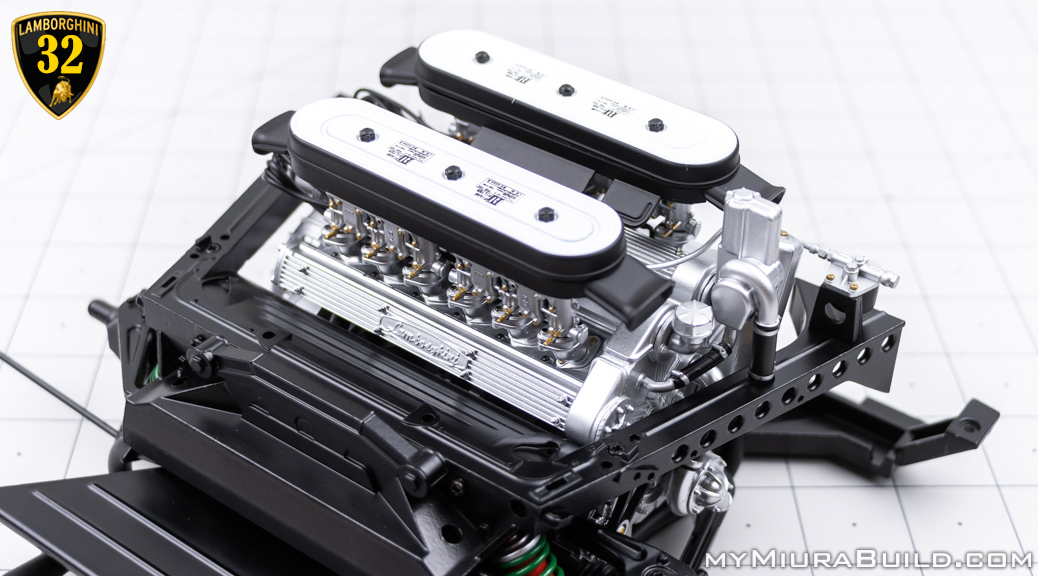 “You’ll now install the upper frame which will help to reinforce the rear of the car. The fuel filter, which is attached to the upper frame, will also be fitted in this stage.” 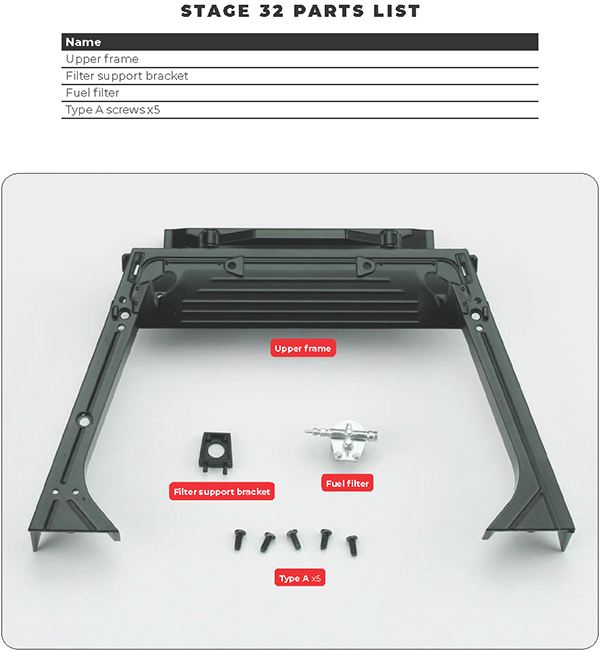 Materials: The large Upper Frame is metal, but the other two parts are plastic.

Retrieve your Rear Frame/Engine assembly from the previous stage. Slide the Upper Frame down along either side of the Engine at an angle: 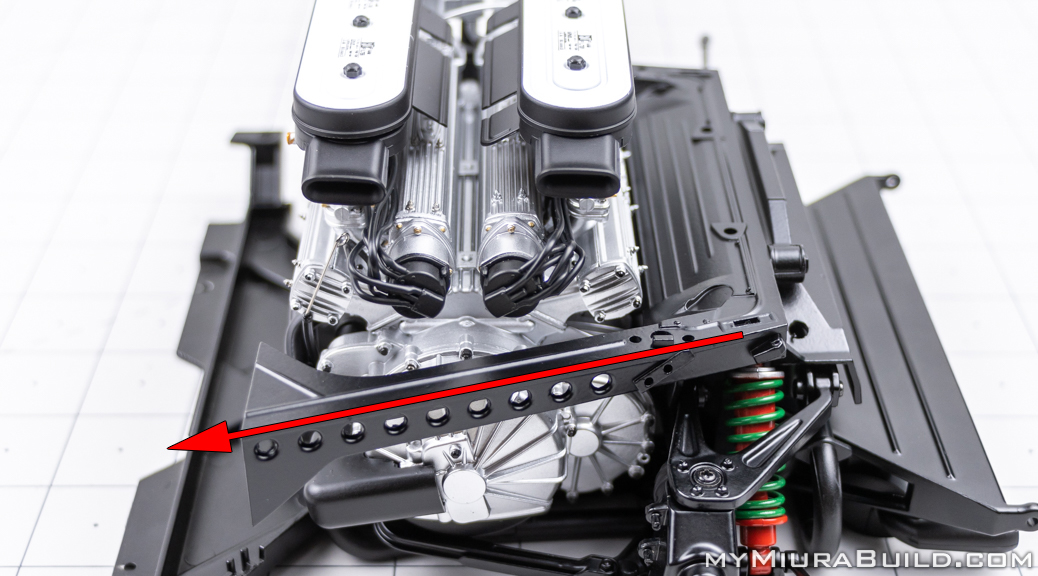 And, as viewed from the other side: 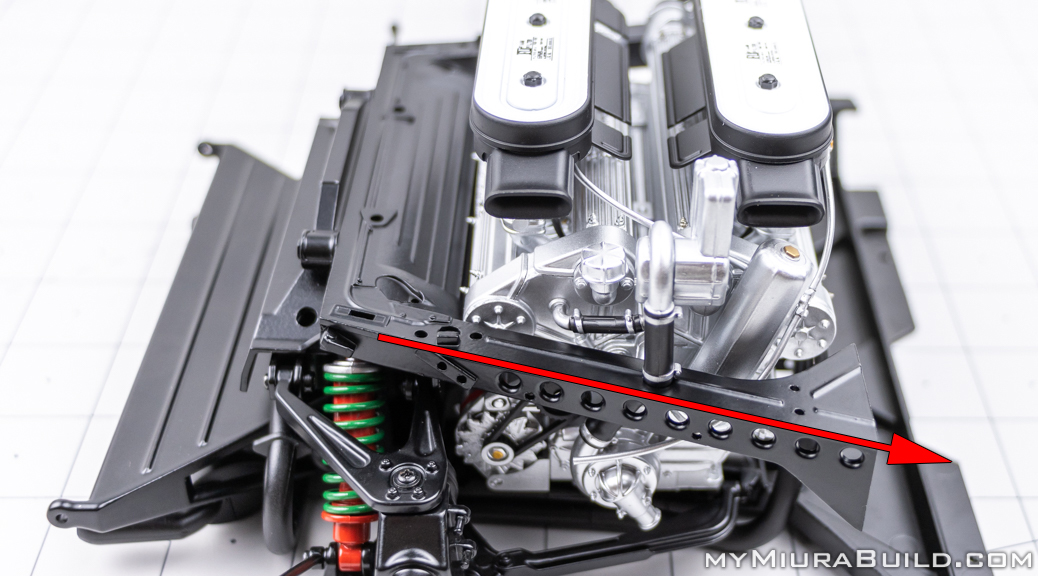 Insert the exposed pin of the Oil Pump into this hole of the Upper Frame: 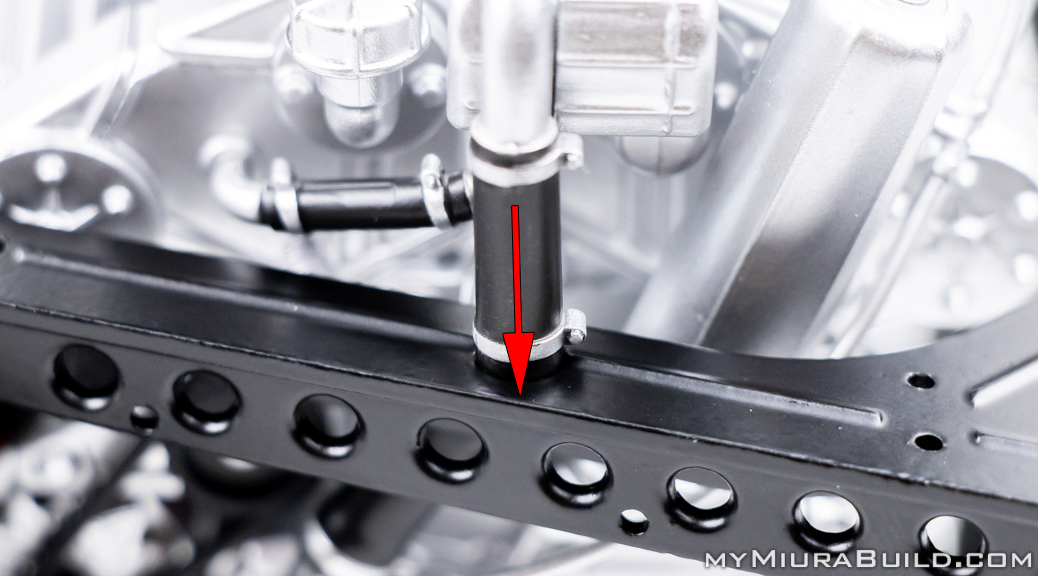 This is your friendly reminder to try using 3-in-One Oil on all screws going into metal: 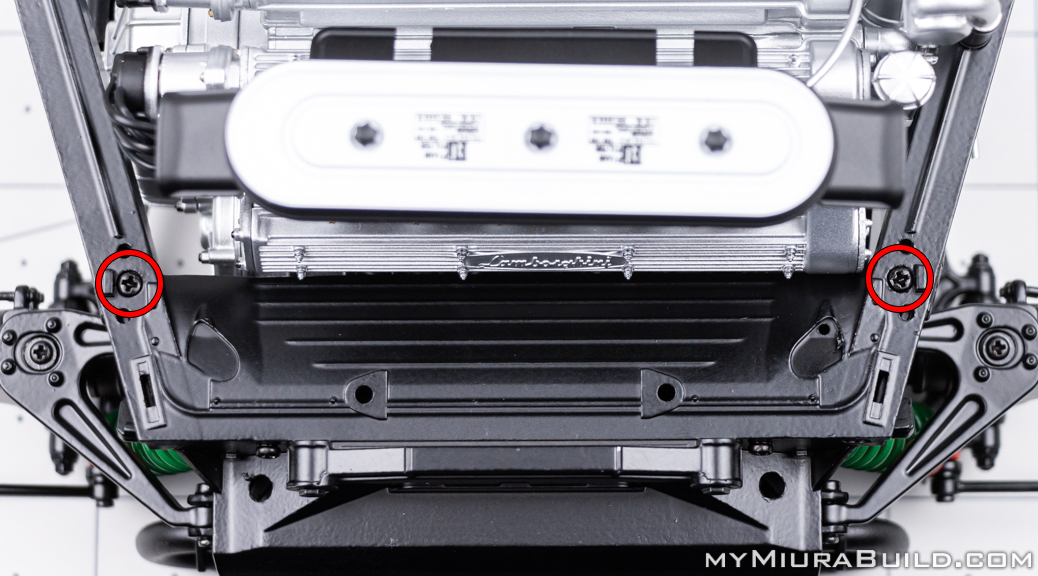 Finish securing the Upper Frame to the Rear Frame at the back with two (2) more Type A screws: 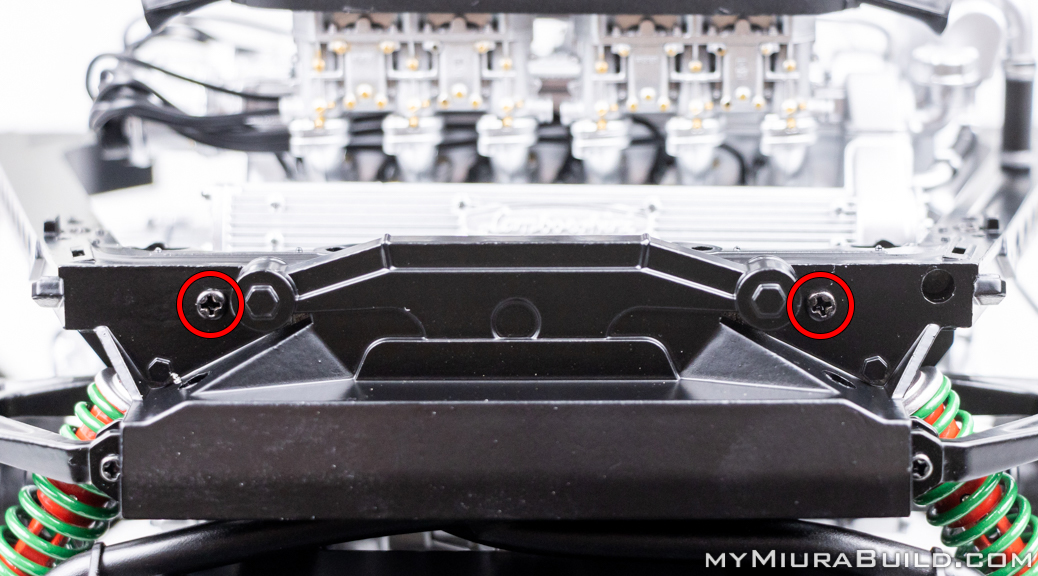 Carefully press the two pins on the wider end of the Filter Support Bracket into the matching holes at this location on the Upper Frame. Note the orientation of this part as you install it: 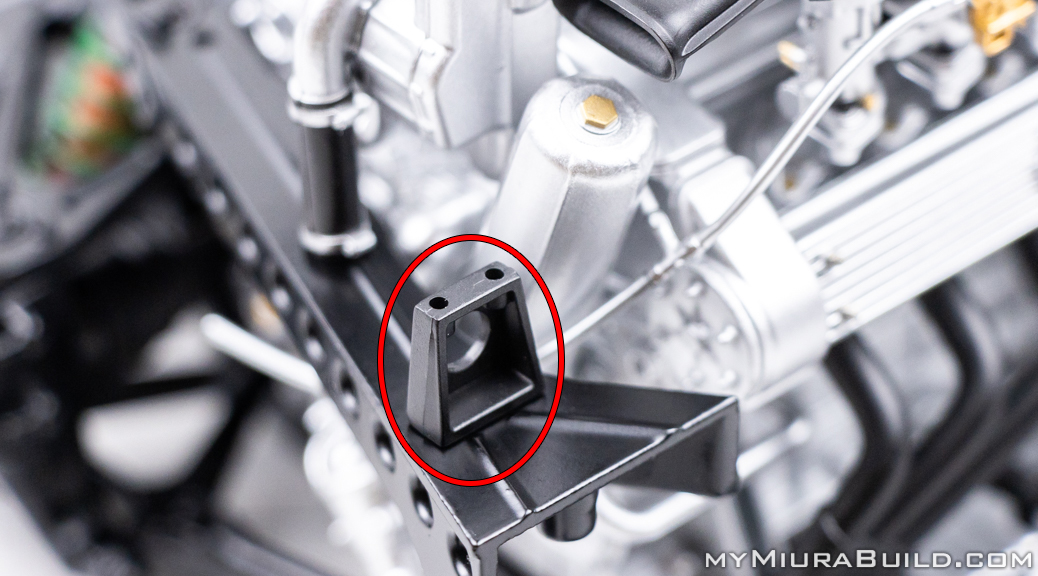 Carefully press the two pins of the Fuel Filter into the matching holes on the narrow end of the Filter Support Bracket, as shown.

Just to add a bit of color to our Fuel Filter, I ‘painted’ the connections to look like brass with my Metallic Gold Sharpie: 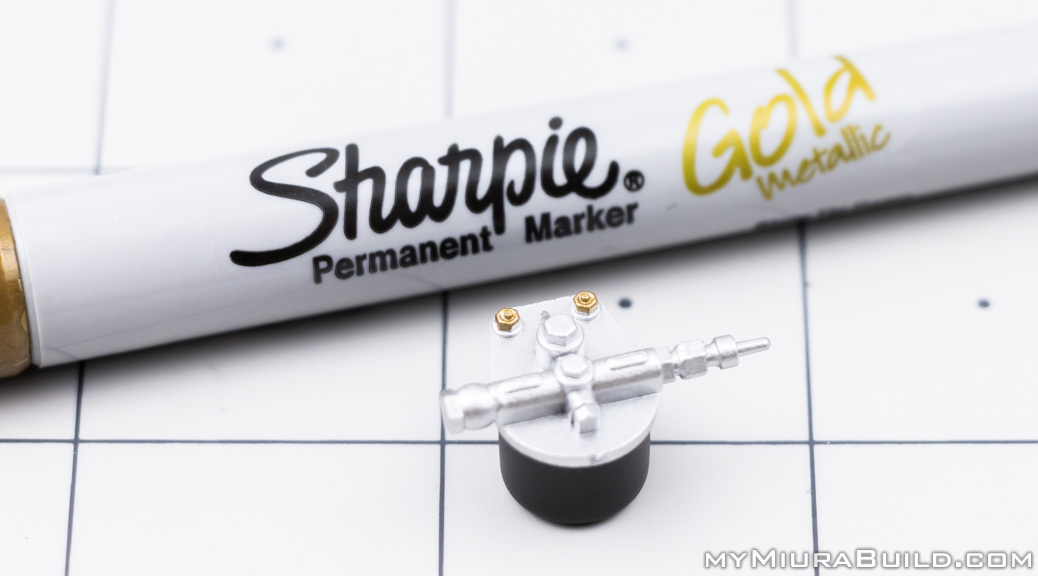 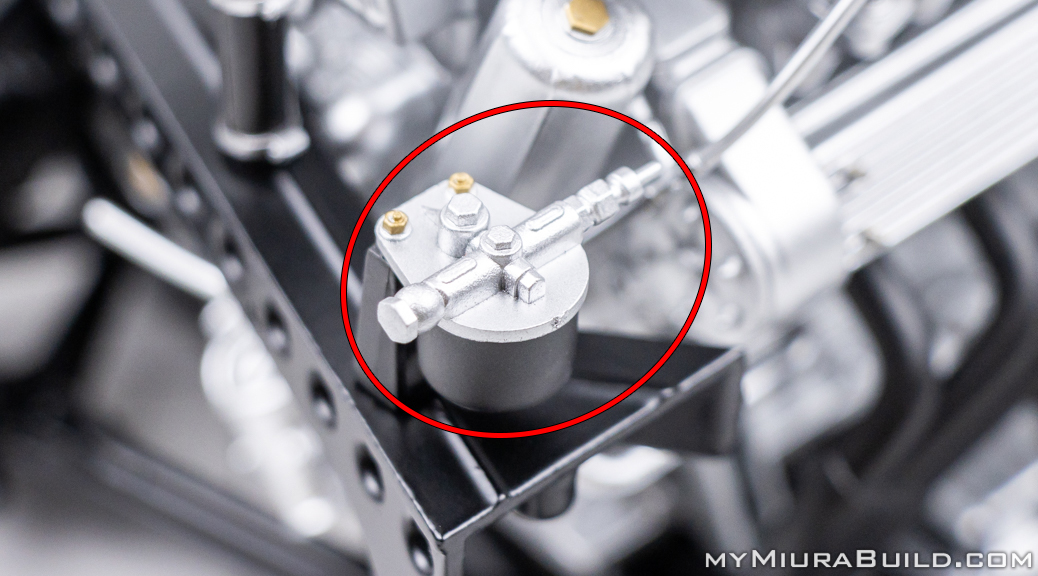 Connect the free end of the Petrol Pipe (from Stage 22) to this pin of the Fuel Filter.

Now that I knew where the Fuel Filter was located, I trimmed all three of these Petrol Pipes to look a bit more realistic: 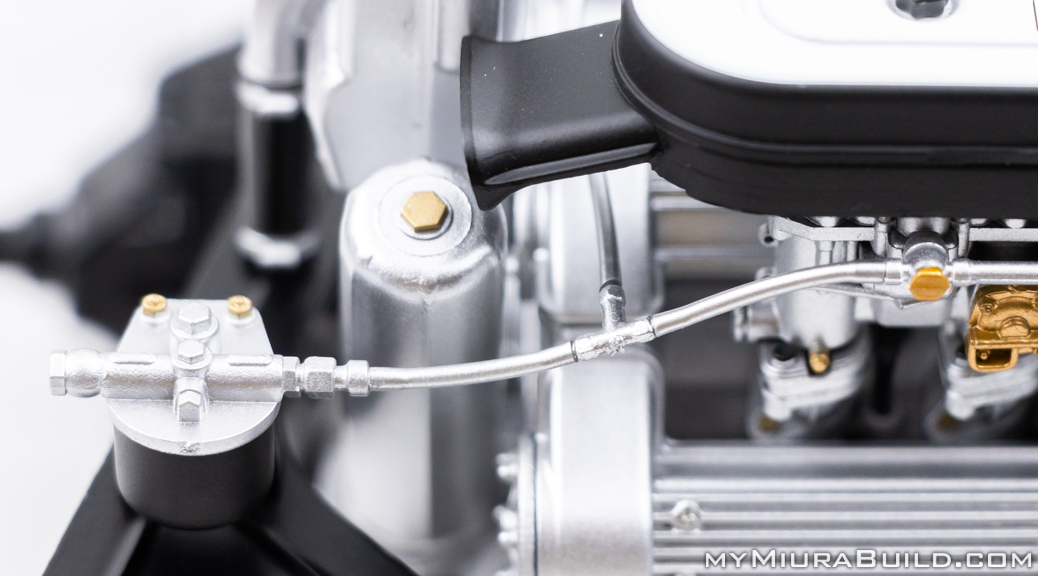 With the Upper Frame added here, this entire Rear Frame assembly is now quite sturdy and heavy! I wonder if this Fuel Filter was the last bit of engine detailing we will do?