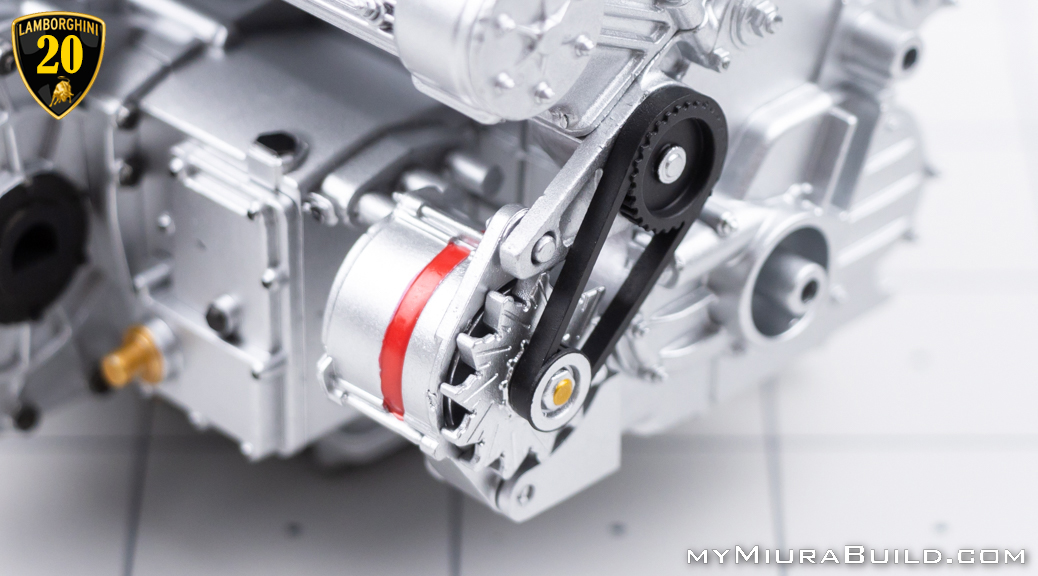 “This stage is all about the alternator, which converts mechanical energy into electrical energy to charge the car’s battery. Take care  when assembling it as some of the parts can be fragile!” 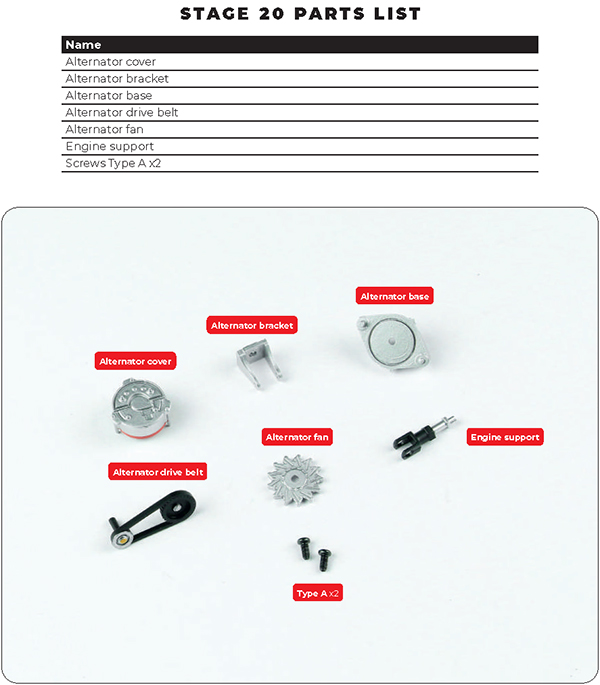 Materials: All of the parts in this stage are plastic.

Retrieve your Engine assembly from the previous stage. Fit the Alternator Bracket to this location on the Engine Base, making sure the ‘prongs’ of the bracket are closer to the bottom of the engine, as shown: 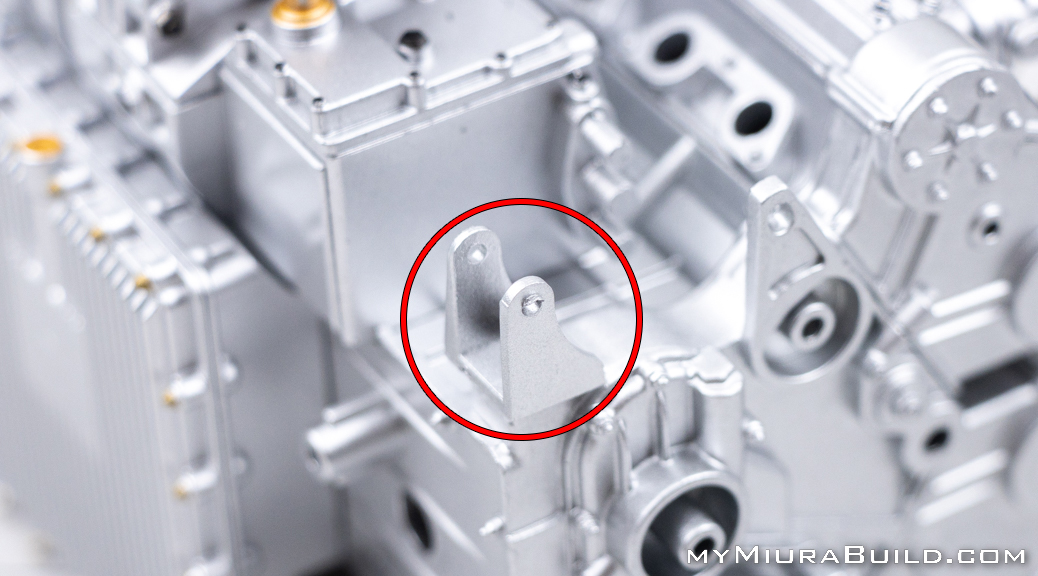 Secure the Alternator Bracket into place with one (1) Type A screw.

This is your friendly reminder to try using 3-in-One Oil on all screws going into metal: 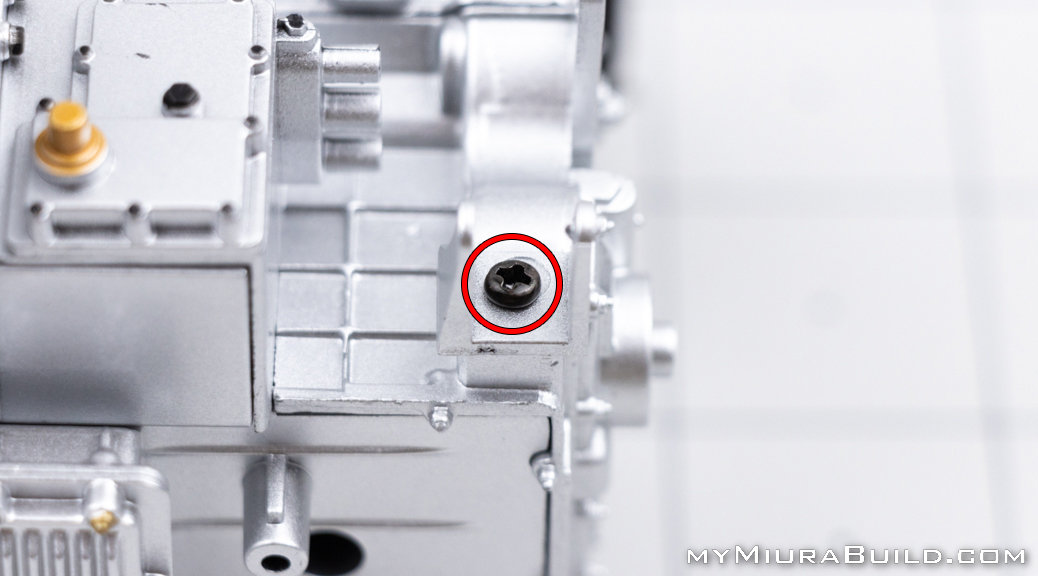 Take care when handling the Alternator Cover, it has small pins along the outer edge that can be easily damaged (circled below): 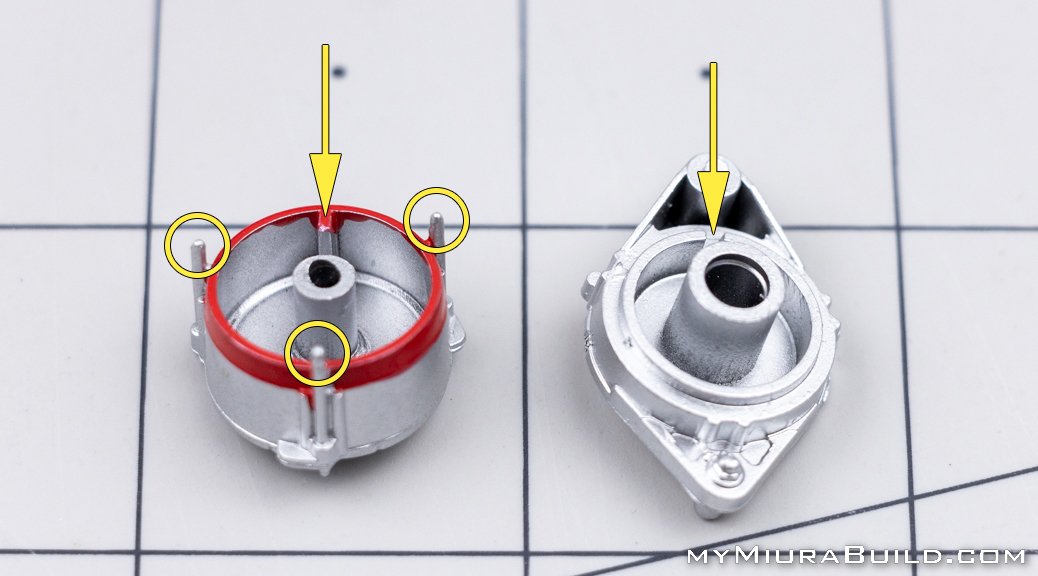 Align these two parts and firmly press them together – no glue is required. 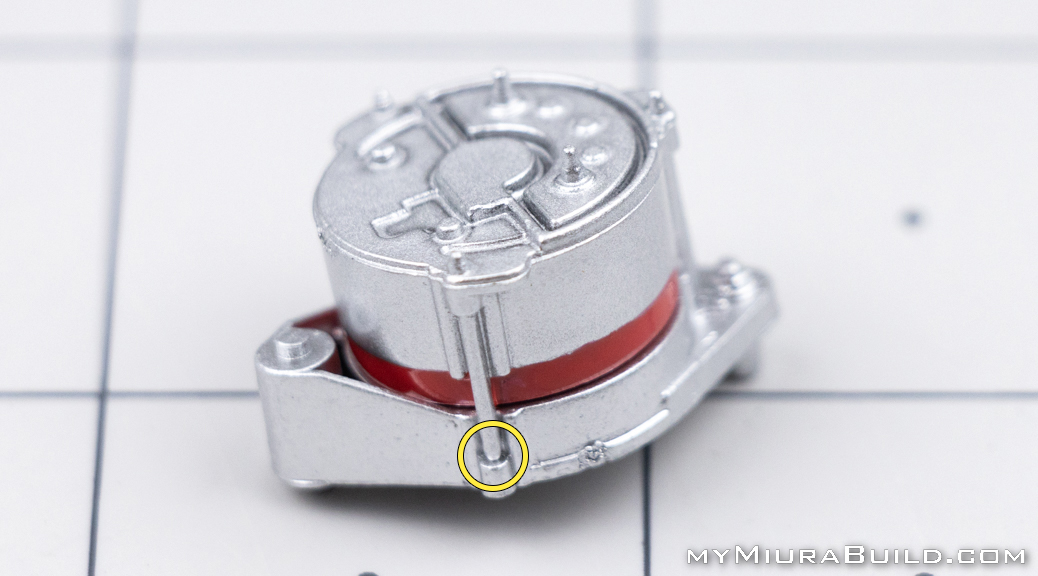 To add a bit of interesting color here, I ‘painted’ the two electrical terminals on the back of the Alternator Cover with my Metallic Gold Sharpie: 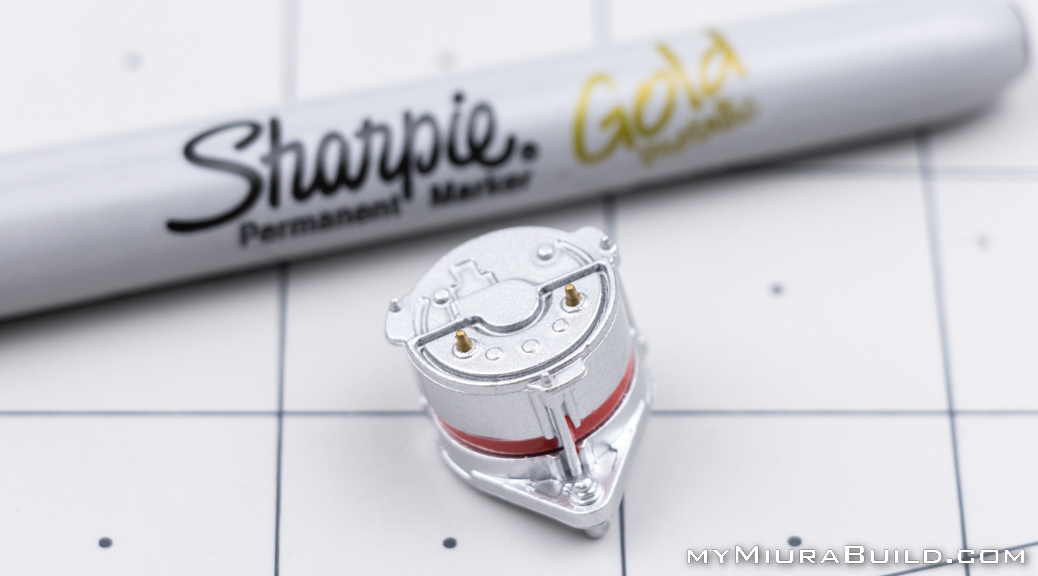 Slide the large pin of the Alternator Base through this hole of the Engine Base.

This is the larger pin of the Alternator assembly: 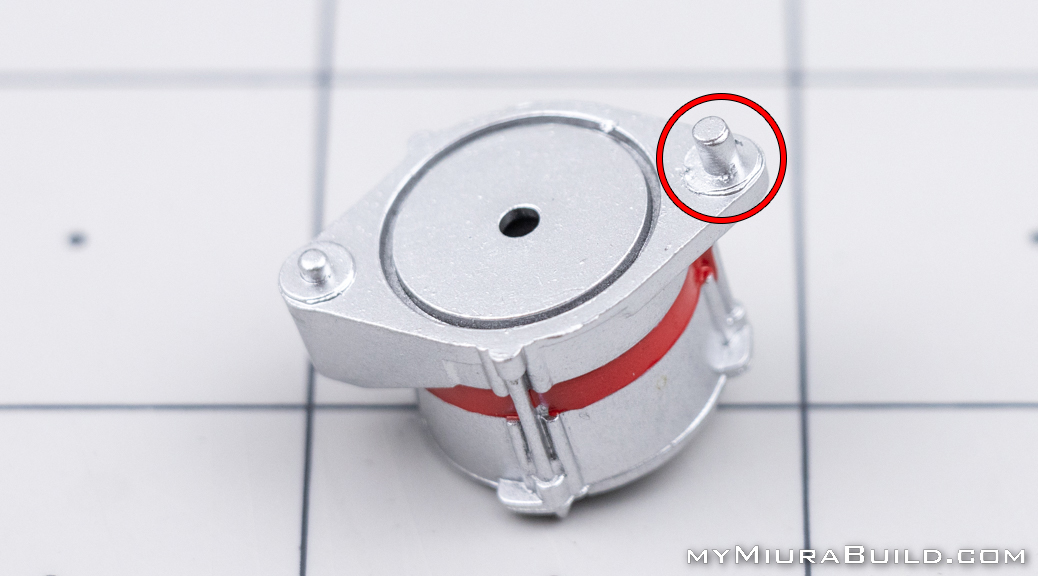 Slide this pin through the matching hole on the side of the engine (above the Alternator Bracket we just installed), as shown: 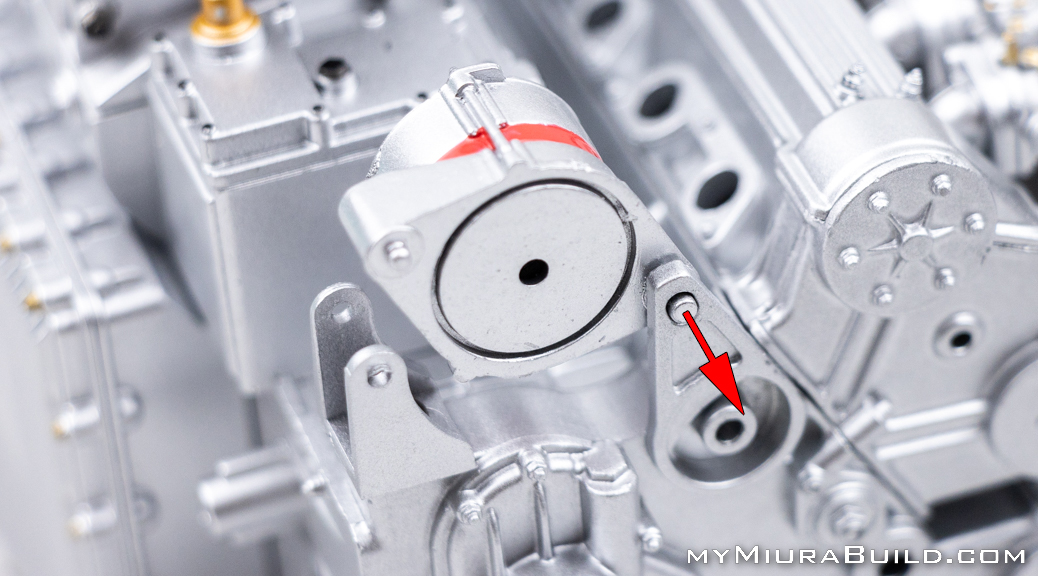 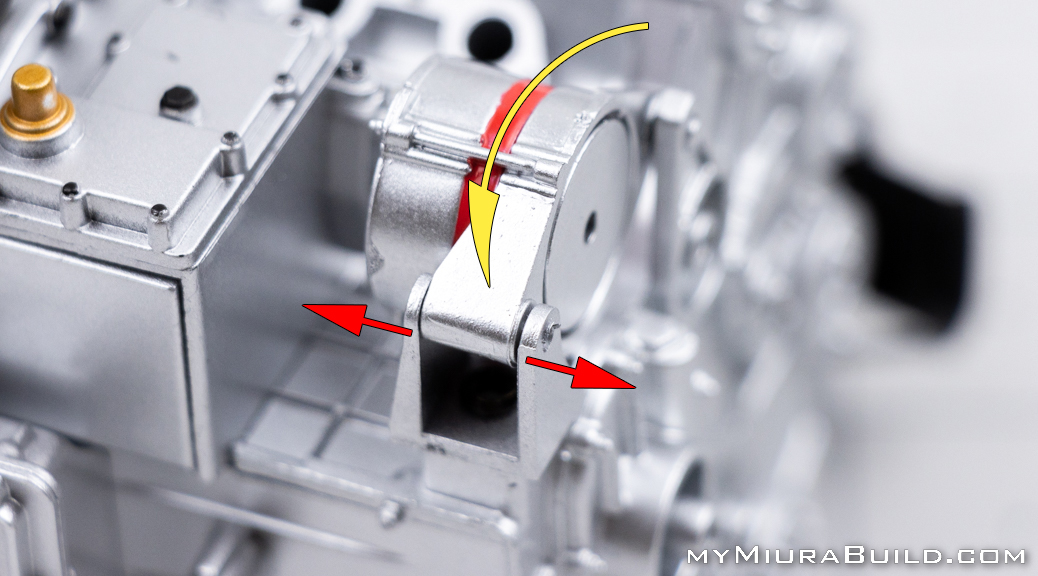 Once all three pins of the Alternator are seated, it will hold itself in place just fine: 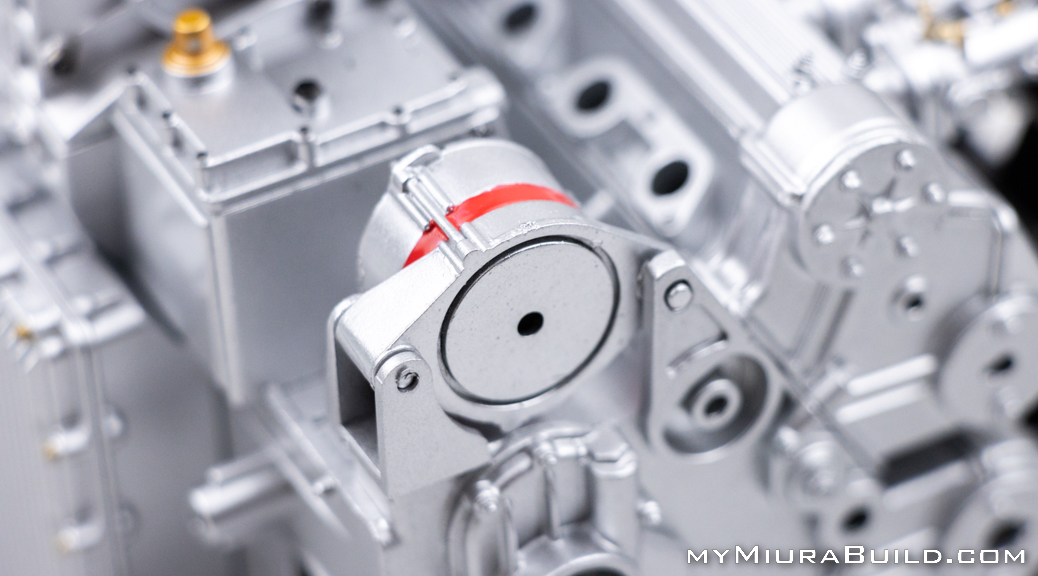 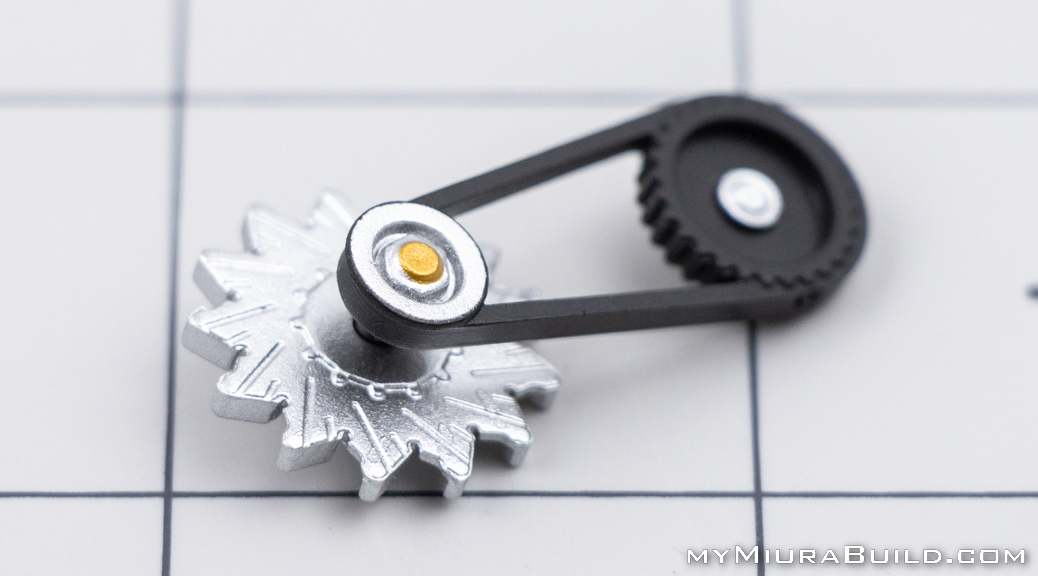 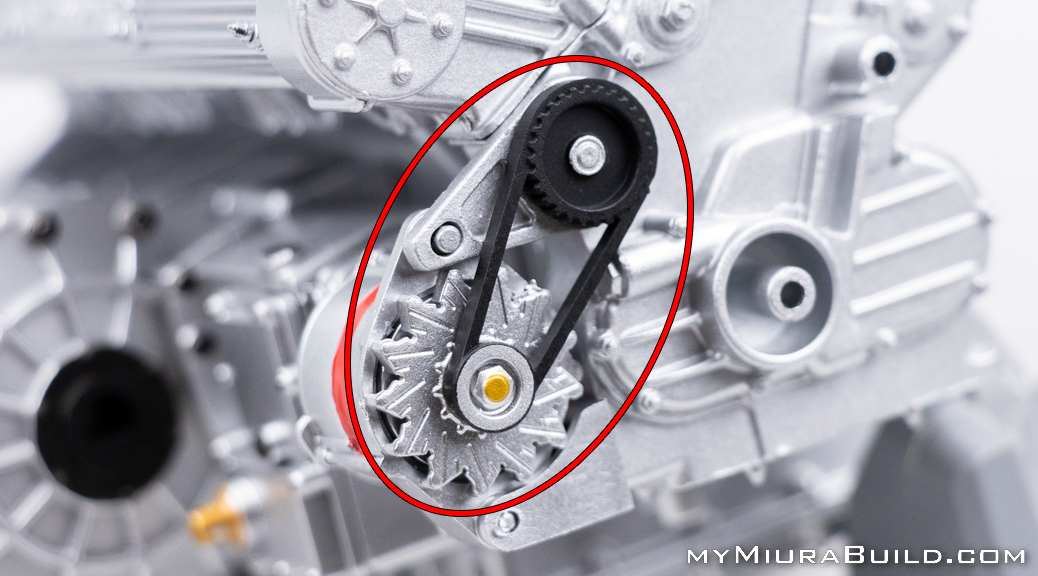 On my model, this was a very tight fit and required that I shave the paint off the Engine Support peg with my hobby knife: 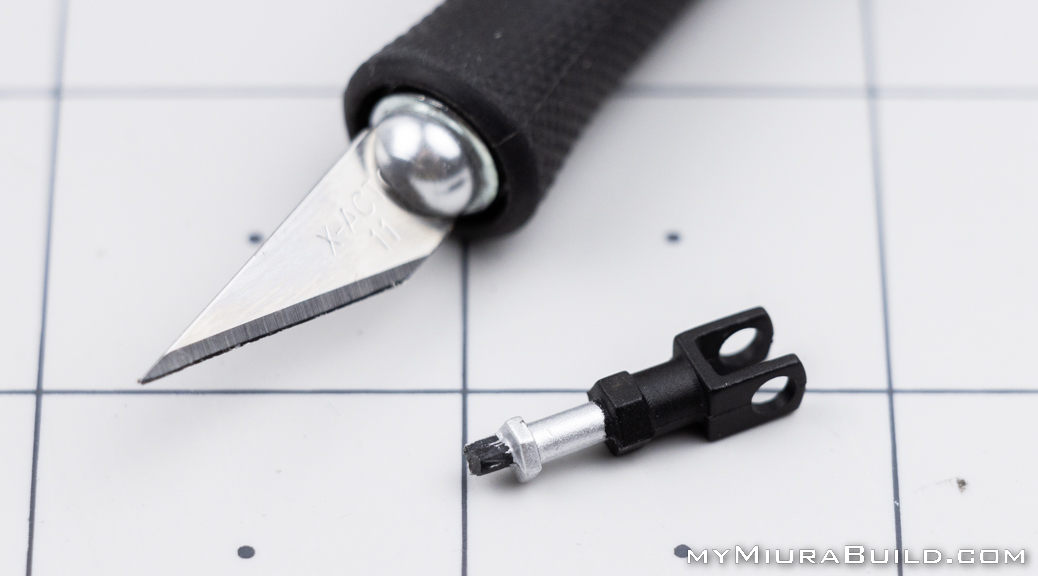 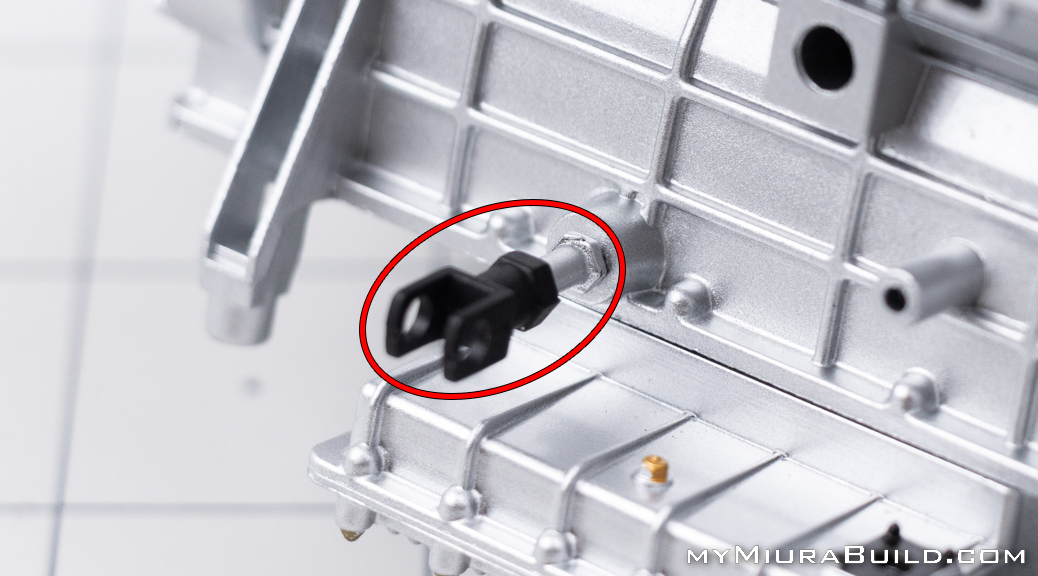 I love the red band and the side rod details on our Alternator! And, while the Drive Belt is stationary, the Alternator Fan is able to spin freely.