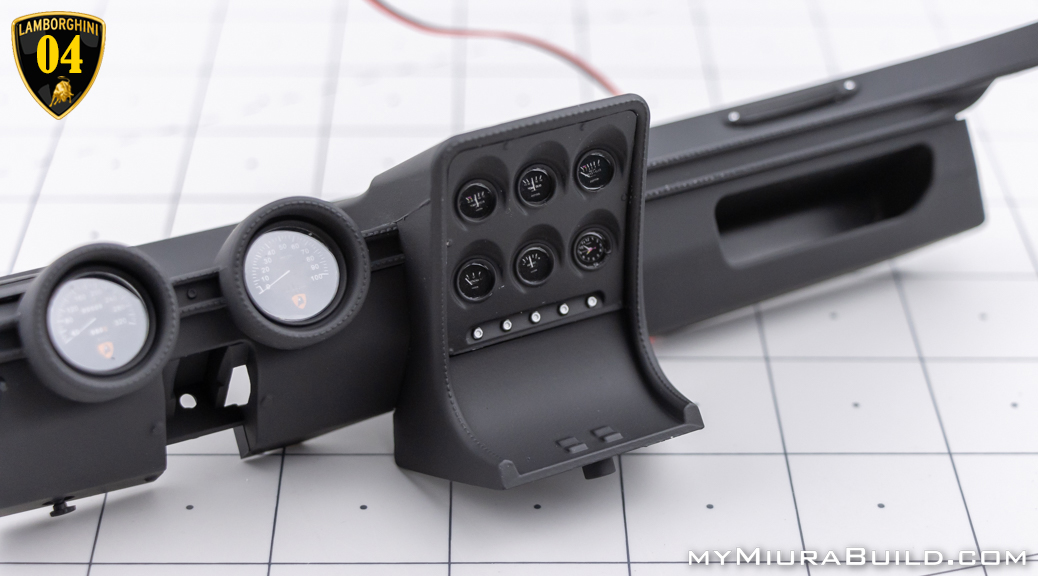 “In this next stage you’ll continue to build the dashboard, fitting the instrument dials and central console, along with three control levers.“ 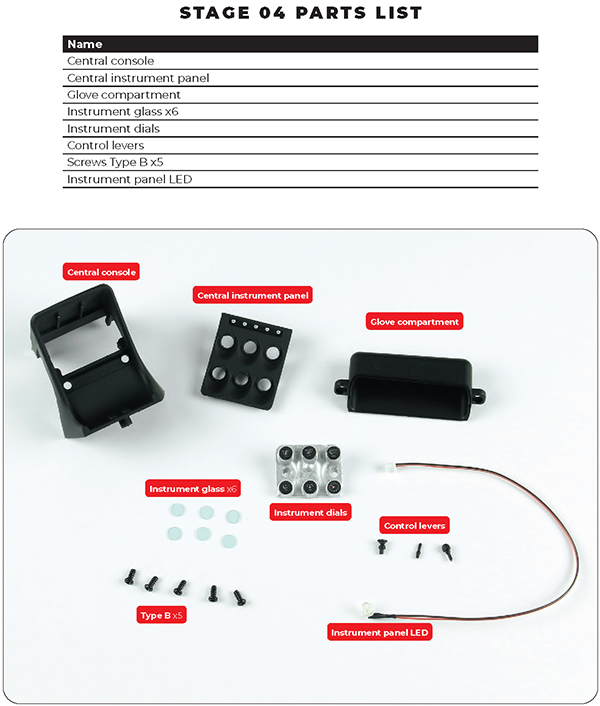 Materials: All of the non-electrical parts in this stage are plastic.

Carefully remove the protective film from both sides of the Instrument Glass (lenses).

With my model, I received seven Instrument Glass pieces, but we will only need six: 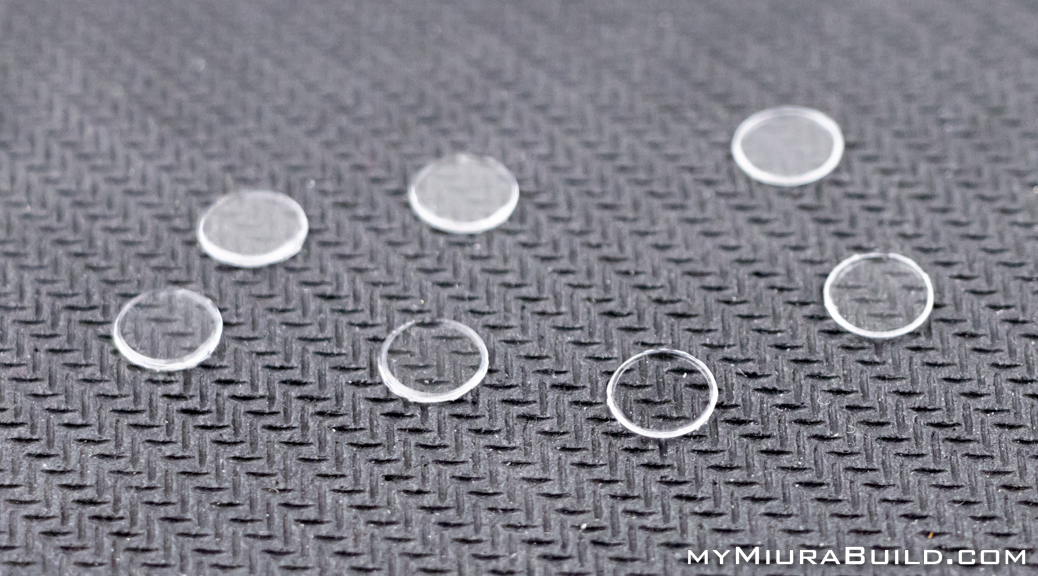 Gently press each Glass down into the circular recess on the back of the Central Instrument Panel, as shown:

As with the Speedometer and Tachometer Glass in the previous stage, these parts are held in by friction alone. When handling clear parts like this, I wear inexpensive vinyl gloves. This helps keep any fingerprints off the plastic: 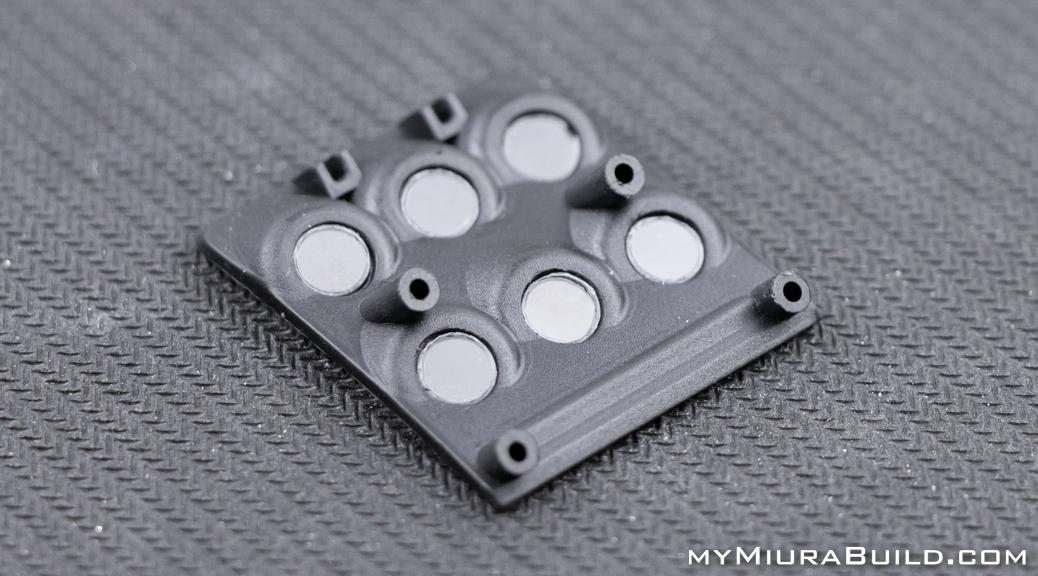 If you find this fitment loose, apply tiny drops of super glue into these holes to secure the parts together. Just make sure you do not get any glue down inside the holes of the inner black posts: 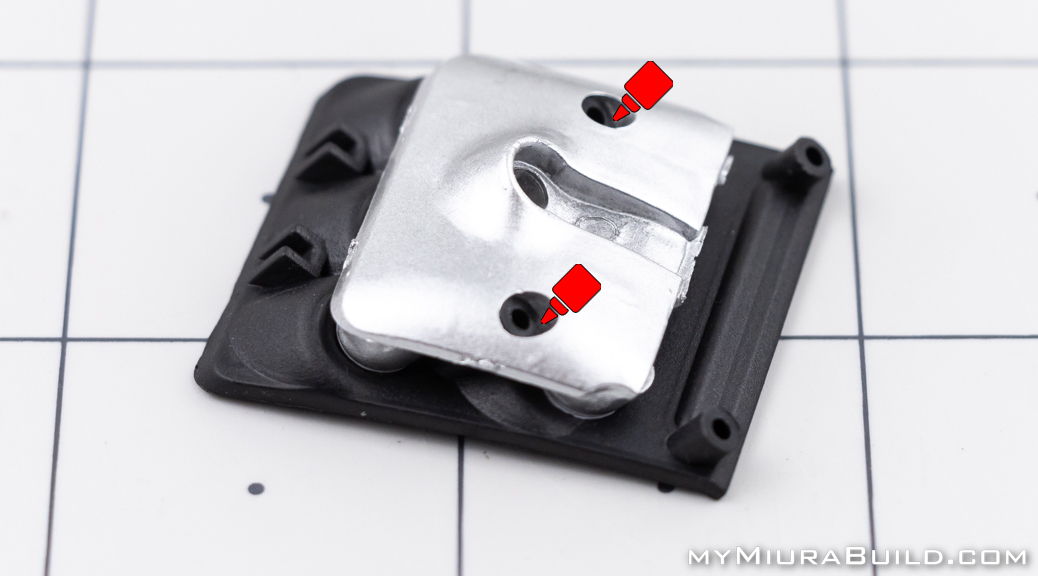 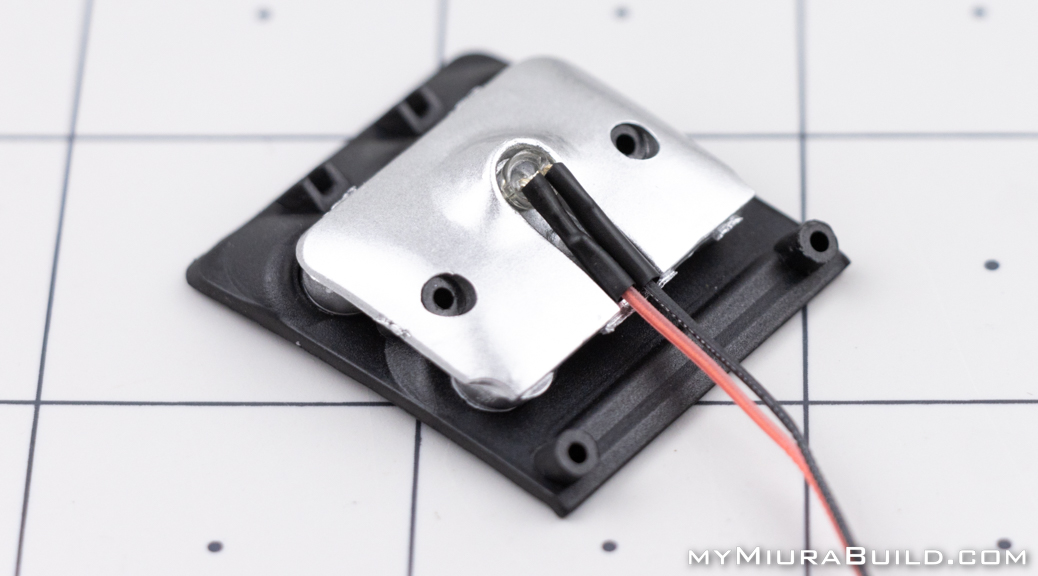 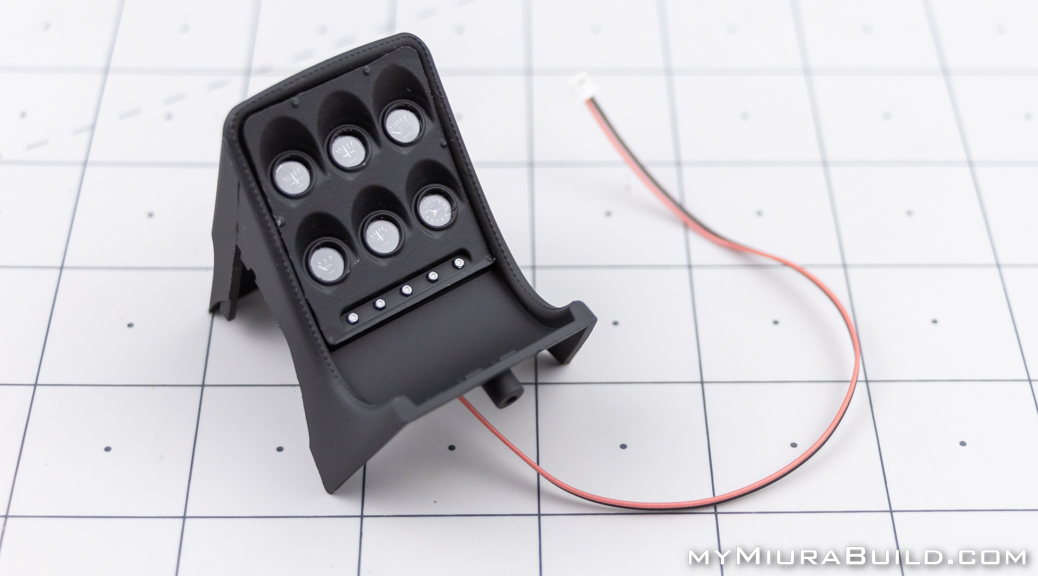 On my model, the top edge of the Central Instrument Panel was a bit loose. Therefore, I applied small drops of super glue into these upper grooves and replaced the panel: 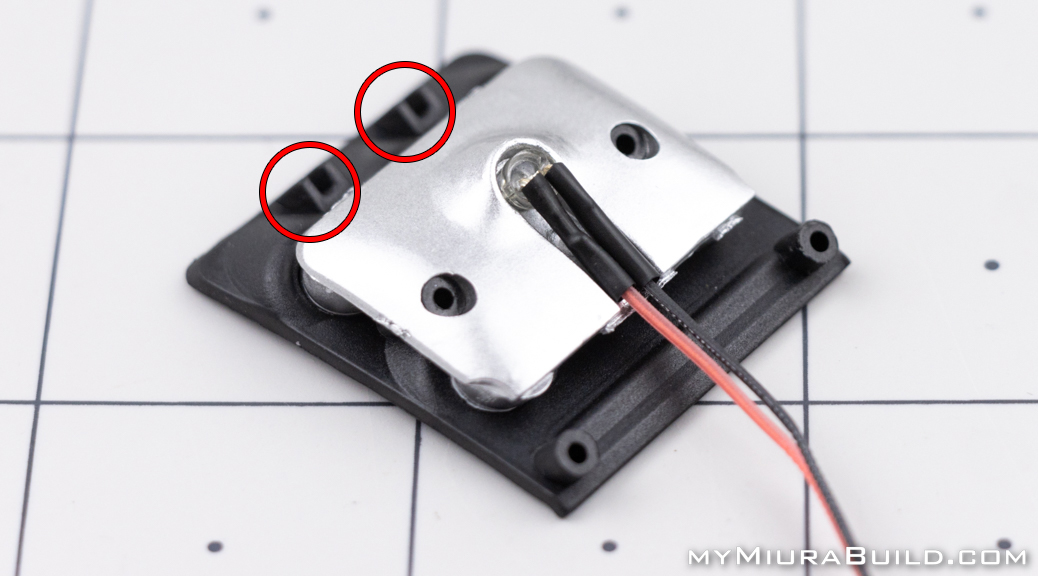 After allowing the glue to set, these upper tabs/grooves held the Panel in place perfectly (arrows below).

Fun Fact: These gauges might seem crooked, but in the real car they were actually designed that way to face the driver’s seat and head position: 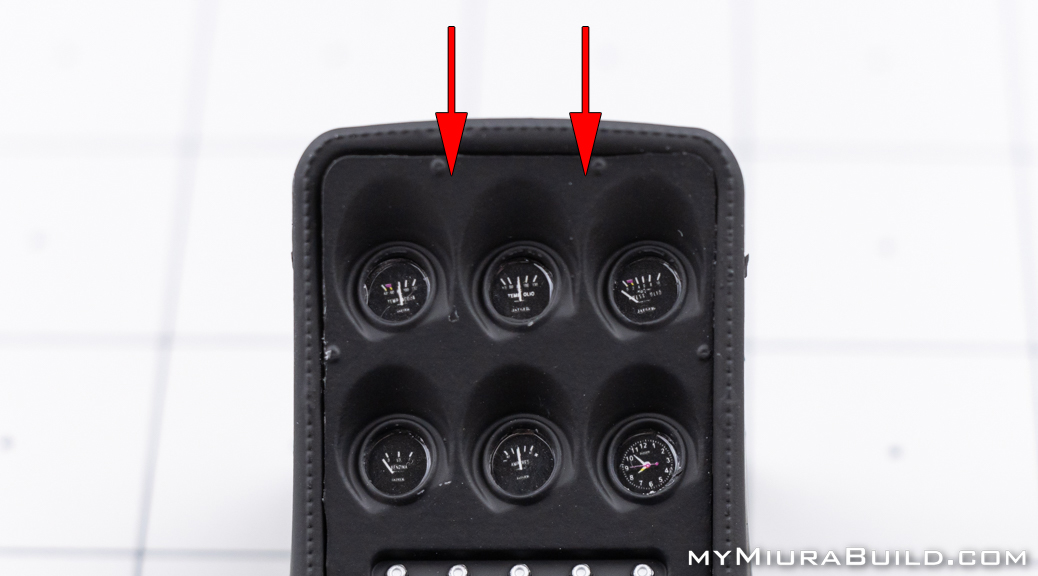 Retrieve your Dashboard assembly from the previous stage. Fit the Glove Compartment into place behind the Dashboard Bottom on the right side as shown, align the holes, and secure it into place with two (2) Type B screws: 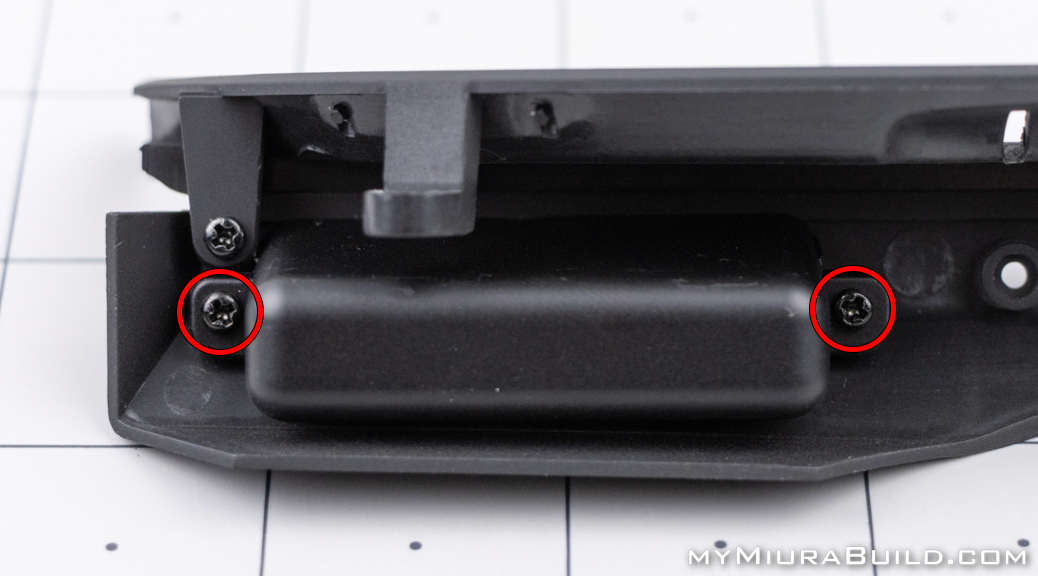 Press the D-shaped pin of the thin Control Lever into this matching hole on the lower left of the Dashboard assembly.

Using some tweezers here will help make installing these parts easier. If you don’t have any tweezers, a pair will be supplied with Stage 07: 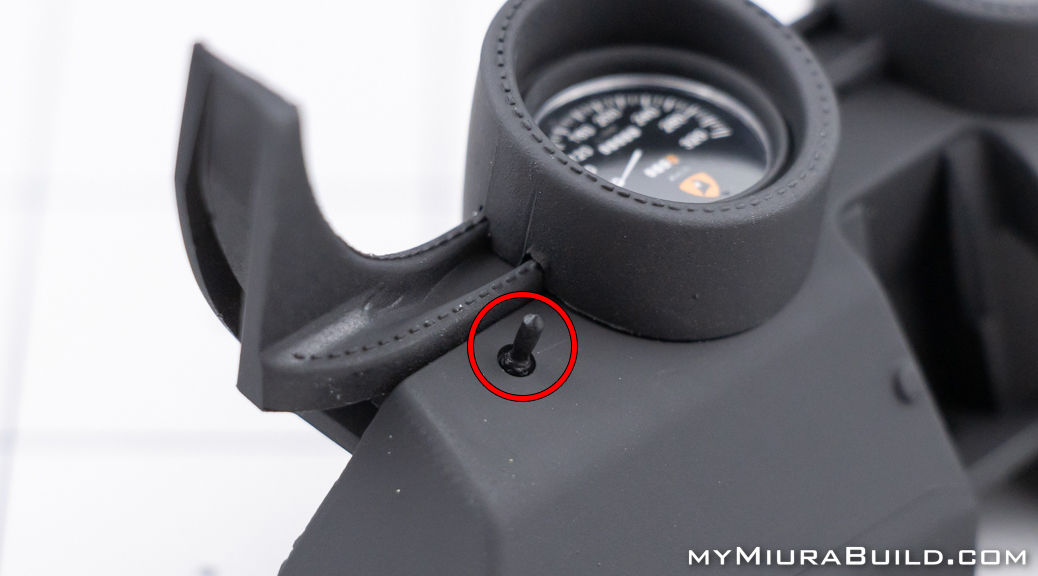 In the same way, press the pin of the round Control Lever into this matching hole on the lower left of the Dashboard assembly: 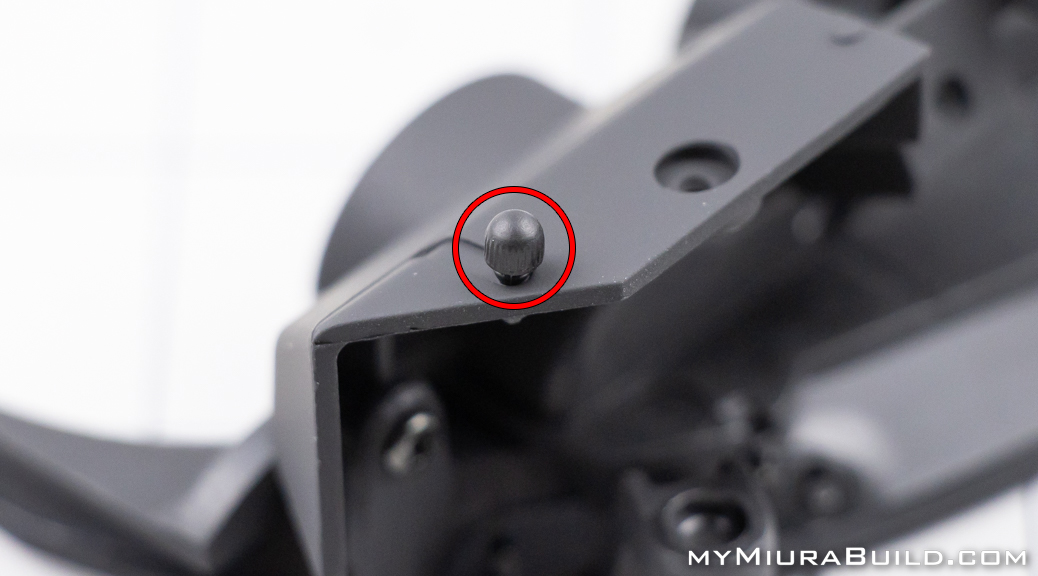 Finally, as before, press pin of the knurled Control Lever into this matching hole on the lower left of the Dashboard assembly: 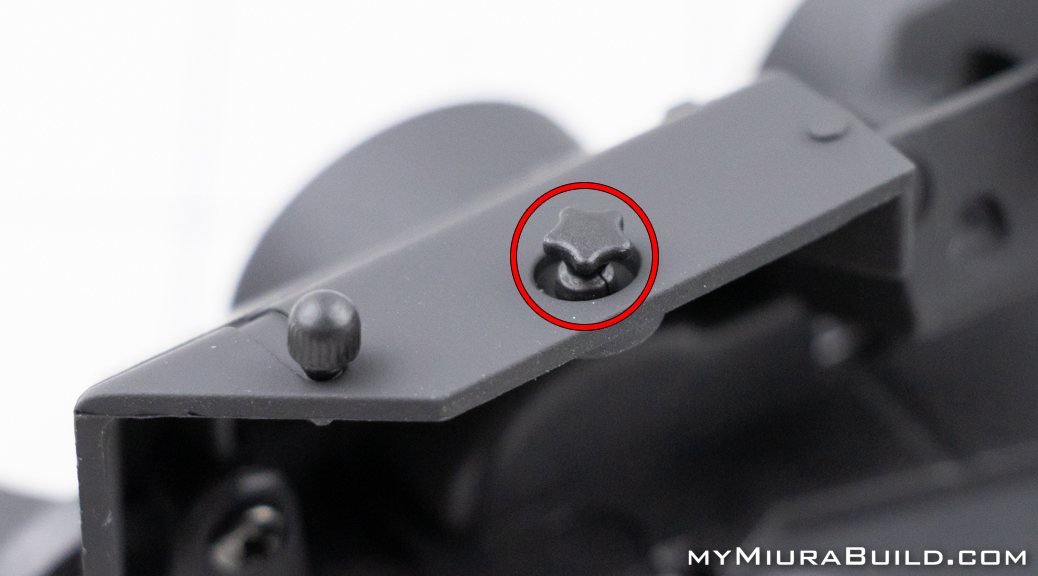 At the center of the Dashboard assembly, there are two upper slots and two lower holes: 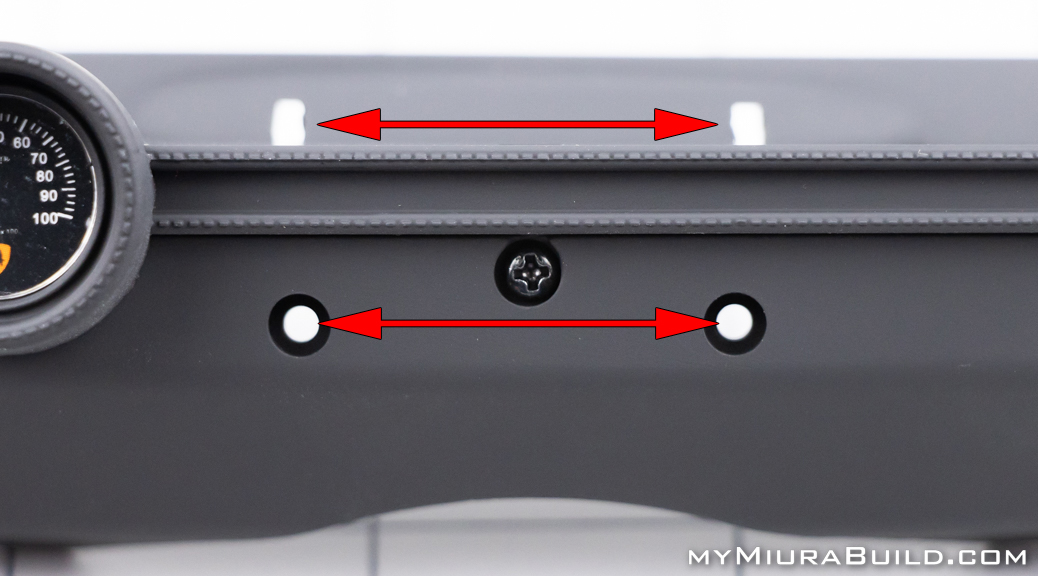 Fit your Central Console assembly to the Dashboard, sliding the pegs and posts into the matching openings, as shown: 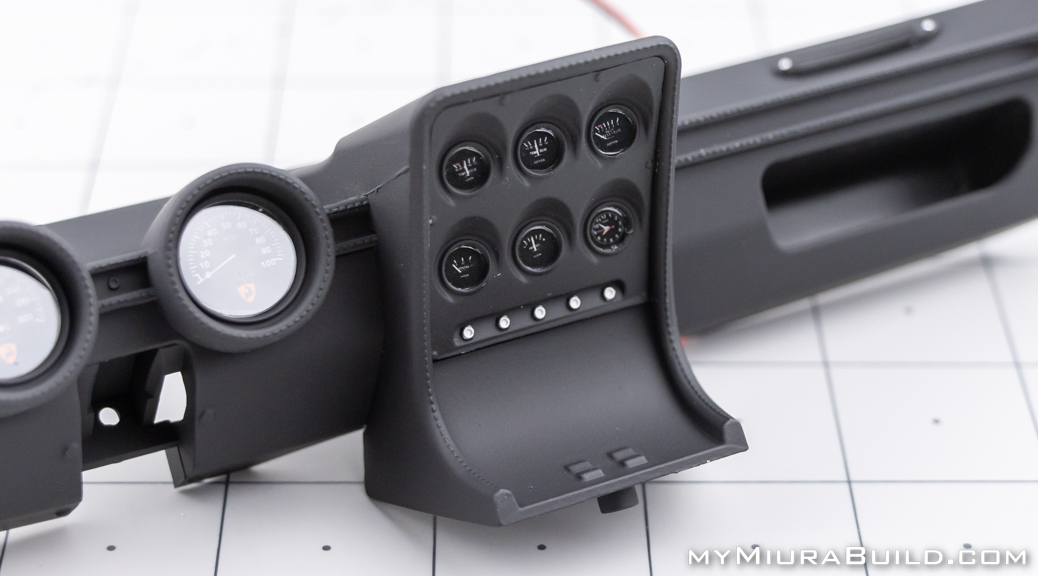 Secure the Central Console into place from behind with two (2) Type B screws: 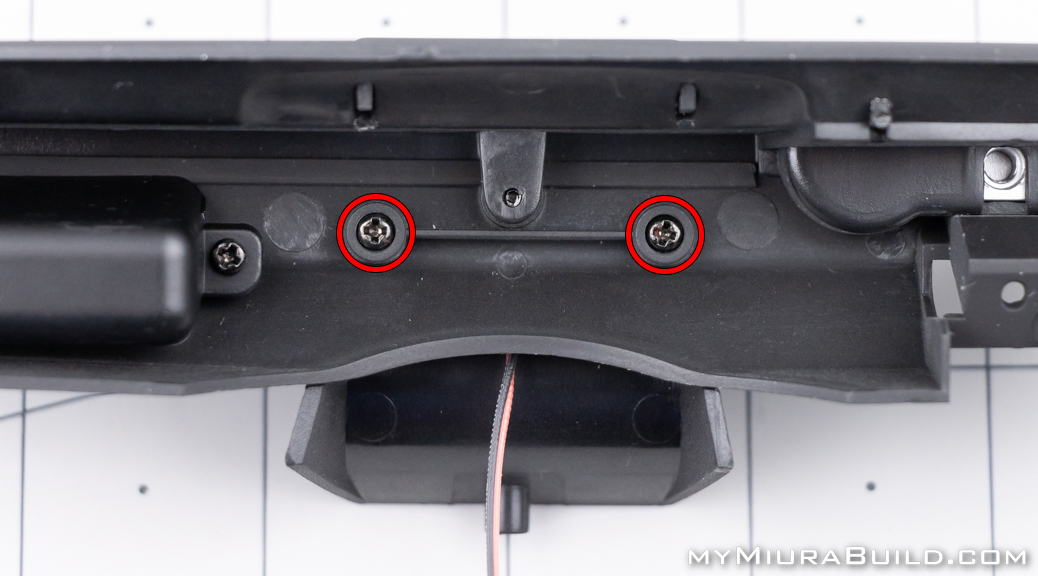 Every one of the six gauges in this Central Console are legible, from the Oil Temperature to the Clock. I love it!